The arrest yesterday of Édgar Veytia, the attorney general of the state of Nayarit, by U.S. agents will cause major political damage to the PRI, both in the state and nationally.  Veytia was arrested on a previously-sealed indictment on federal charges of trafficking heroin, meth, cocaine, and marijuana.  The U.S. is also seeking to seize at least US$250 million in assets.

Nayarit is holding gubernatorial elections in June.  The long-dominant PRI is facing a strong challenge from a PAN-PRD coalition. Veytia’s long ties to the outgoing governor, Roberto Sandoval, will hurt the PRI’s chances both there and elsewhere. (Reportedly, the federal National Security Council never required Veytia to submit to the vetting procedures required by law of all senior security officials.)  The arrest and indictment appear to have been complete surprises to the Mexican government. 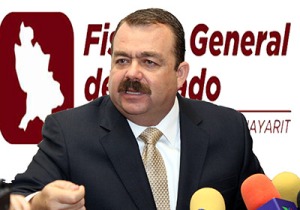 Veytia is alleged to be a leader of the Cártel Jalisco Nueva Generación (CJNG), which has taken over control of trafficking in Nayarit, best known for the resort of Nuevo Vallarta,  from the Pacific Cartel.  A dual U.S.-Mexican citizen, Veytia flew every two weeks to visit his wife and family in San Diego.  Sandoval nominated Veytia to become attorney general of Nayarit in 2012, and it was at that time (according to the U.S. indictment) that the large-scale trafficking began.  As attorney general, Veytia commanded the state police and controlled actions of the local police.  He has been the target of allegations of ties to trafficking over the years, as well as extortion rackets that have forced the sale of prime tourism properties.