Posted on October 18, 2010 | Comments Off on Televisa-Nextel dissolve consortium

In a major setback to the Government’s tortured attempt to create a new strong player in the telecommunications sector, Televisa and Nextel announced that Televisa was backing out of the agreement to invest US$ 1.44 billion in Nextel in order to fund the buildout of a nationwide 3G mobile network. Their consortium was the winner of the controversial wireless spectrum auction 21,  which was specifically structured by the Government to make it practically impossible for the existing holders of large nationwide blocs of spectrum (Carlos Slim’s Telcel, Telefonica, and and Ricardo Salinas’ Iusacell-Unefon) to enter bids. The spectrum was awarded with the affirmative vote of only two of the five Cofetel commissioners, and the entire process has been challenged in the courts  by Grupo Salinas, which has filed more than 70 lawsuits seeking to block the award. On his Twitter account, Emilio Azcárraga Jean, the CEO of Televisa, said simply, “We have to take decisions every day, and I believe that we are taking the best decision for us.” Nextel, which was actually awarded the spectrum, has said it intends to go forward. (Reforma 10/18, Universal 10/18)

Comments Off on Televisa-Nextel dissolve consortium

A federal judge declared the government’s reform of the income tax law last year that created new corporate fiscal consolidation rules unconstitutional. The judge was acting on suits filed by many of the country’s largest corporations that objected to the change in the Income Tax Law that limited their ability to use tax losses from one subsidiary to offset taxable income from another. Previously, companies had 10 years to use tax losses; last year’s measure reduced this to five. The judge held that the changes violated the constitutional protection against retroactive law. The case now goes to the Supreme Court, which is not expected to take up the case until mid-2011. The judge’s decision does not affect the obligation of the companies to continue paying taxes under the new rules. (Reforma 10/12)

Posted on October 9, 2010 | Comments Off on SCT delivers wireless concessions to Televisa-Nextel consortium, but controversy continues

The Ministry of Communications and Transportation (SCT) sought to end the seemingly endless controversy surrounding the award of 30MHz of nationwide wireless spectrum to a Televisa-Nextel consortium by delivering the concession deeds immediately after a federal judge overturned an injunction blocking the move. Iusacell, controlled by TV magnate Ricardo Salinas, had filed some 69 suits trying to block the delivery of the concessions. SCT Secretary Juan Molinar denied that the concessions were being delivered “furtively,” but the SCT clearly decided to act before any more injunctions could be issued. President Calderón spoke directly on the subject, saying, “I know that this is a controversial solution, but it is giving us a much clearer framework for the [telecommunications] sector and much greater competition.” The conclusion by many commentators that the issue is not yet resolved was strengthened by the cautious statement issued by Televisa, saying that “discussions are ongoing … as to whether certain closing conditions have been or can be satisfied.” (Universal 10/3, 10/8, Televisa 10/4)

Comments Off on SCT delivers wireless concessions to Televisa-Nextel consortium, but controversy continues

Posted on September 21, 2010 | Comments Off on Mexico killed in drug deal

MEXICO CITY—In the latest incident of drug-related violence to hit the country, all 111 million citizens of Mexico were killed Monday during a shoot-out between rival drug cartels.

According to the U.S. Drug Enforcement Administration, the violence was sparked by a botched drug deal involving an estimated 20 kilograms of marijuana, a dispute that led low-level members of the Sinaloa cartel to open fire on local dealers in Culiacán. Within seconds, the gunfire had spread to Chihuahua, Michoacán, Yucatán, and, minutes later, the other 27 Mexican states, leaving every person in Mexico dead.

“We’re still piecing together details, but it looks as though the incident began as an act of retaliation against Sinaloa by two foot soldiers from the Los Zetas cartel,” DEA administrator Michele Leonhart said. “The Gulf and Tijuana cartels then responded before being ambushed by La Familia Michoacána and Los Negros. At that point, witnesses reported hearing roughly 357 million gunshots, during which time the Mexican populace was caught in the crossfire and killed.”

More, at The Onion.

Comments Off on Mexico killed in drug deal

The costs of the Latin American wars of independence were summed up by Bolívar: “We’ve won independence at the cost of everything else.” Bolívar was right. The best about all of this is that it is in the past, and we don’t have to repeat it. …

The Mexico of 2010 is a better country than its past, despite the current bad mood. Better in relation to what? Better in terms of becoming a country that is ‘civilized’ or ‘developed’ or ‘modern.’  Which is to say, the dream of a prosperous, equitable, democratic nation. Say what you will: we are closer to this today than we were 200 years ago.

The best country that Mexico has been is this one. And the best Mexico that we can have is the one that will follow this one, the one that we hope for going forward. 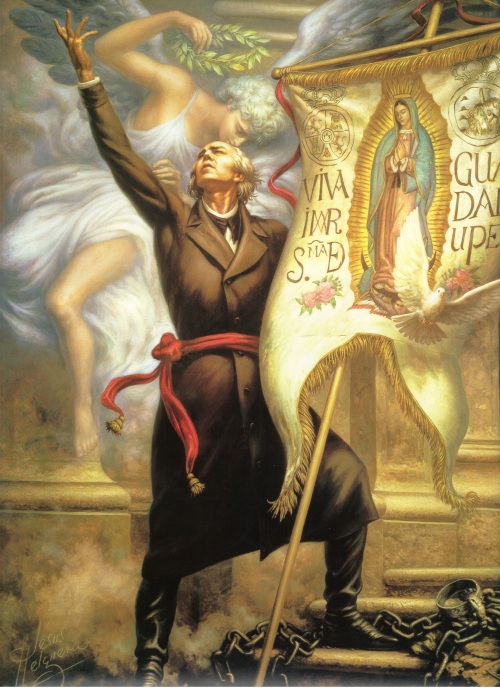 Comments Off on ¡Viva México!

We have been on holiday most of August.  We are now back and will resume posting on a regular basis. Today’s newsletter summarizes the most important policy developments of the past few weeks.  What is most notable is what did not happen:  no special session of Congress to take up pending legislation and no mobilization of political and social forces to address the growing security challenges.

Comments Off on Back from vacation

As expected, the five Cofetel commissioners met today and elected their newest member, Mony de Swaan as Chairman for the next four years. De Swaan had been chief of staff to Juan Molinar, the SCT Secretary, and was only appointed last week by President Calderón to fill the chair vacated by Héctor Osuna’s surprise resignation.  (CNN Expansión 7/7)